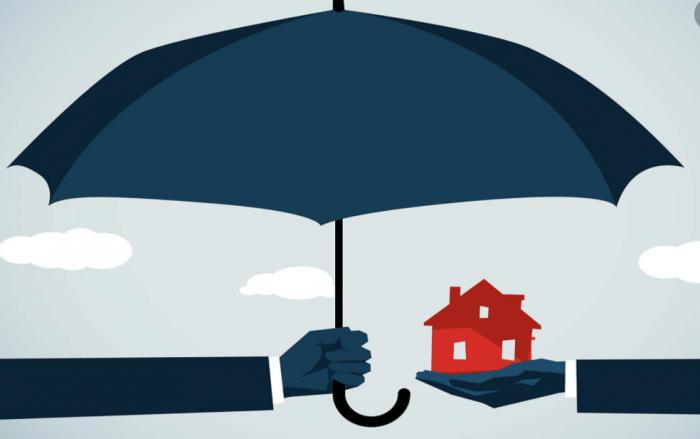 One of Florida’s most iconic sites, the Keys waterfront, is facing a daunting threat: rising sea levels due to climate change. This vulnerable landmark is at-risk for serious flooding because almost all land on these islands is within eight feet of sea level.

Navigating the tenacious tidewater is becoming a maddening task. This is especially true during “king tide” which occurs predictably each fall, when the alignment of the moon, sun, and Earth creates a stronger gravitational pull on the oceans. This phenomenon, coupled with hurricane season, is becoming significantly more hazardous with rising sea levels. Flooding, the most obvious consequence of rising sea levels, introduces a host of other complications and expenses.

First, it will contaminate drinking water. As ocean levels rise farther up the shore, it will eventually seep into freshwater sources. The contamination of drinking water wells is dangerous, as saltwater is unsafe to drink. Although it is possible to remove the salt from water, doing so is an expensive and complicated process. San Diego County’s new seawater desalination plant, for example, is projected to cost about $1 billion.

Second, high seas cause more underground pressure on sewage systems. As metal pipes soak in the salty, corrosive water, leaked sewage rises through the street drains and floods streets and parks. Not only does this cause an egregious stench outside of homes and in the public, it is also a health hazard. Untreated sewage could be infected with salmonella, hepatitis, dysentery, cryptosporidium, or other infectious diseases. Even after the floods eventually drain, these bacteria can linger in the streets for weeks.

Though freshwater contamination and sewage flooding are clearly formidable aspects of sea level rise, the most menacing threat of flooding is home destruction. In the Keys, the costly expense of the homes themselves is accompanied by high property and county sales taxes and through-the-roof insurance rates. Private insurance capital and government funding are joining forces to alleviate some of the financial burden on homeowners. Still, the value of asset liabilities (homes and other infrastructure) outweighs the amount of available reserve capital (covered by insurance and government).

The Florida Keys is often the first place individuals (especially Americans) think of when the topic of sea-level rise surfaces in conversation. The region is predicting 2 feet of sea rise by 2060, which is enough to flood most of the Keys at high tide. However, there are plenty of other places vulnerable to serious damage before the end of the century.

New York City is at-risk because there is a high concentration of expensive assets in flood-prone areas, especially at the southern tip of Manhattan. Real estate in these flood zones is valued at $129 billion. Hurricane Sandy cost NYC $19 billion, damaging 90,000 buildings in the city.

To continue, a growing fear among risk assessment experts is that climate change may make some assets uninsurable in the future. Research from Zillow predicts that $400 billion of real estate value in Florida could be at risk by the year 2100. Other areas in Florida are equally prone to hurricane and flood damage. HH Insurance indicates that Southeast Florida is arguably the most susceptible to damage. This area includes Miami, Fort Lauderdale, and West Beach. Since most hurricanes in this area are complete with heavy rain and storm surges, flooding is a constant threat to homes and businesses.

The United States Atlantic coast contains some of the most flood-prone cities. However, sea level rise is not solely an American problem. In fact, Asian cities will be the most affected, according to The Guardian. Osaka, Japan, is likely to suffer from typhoons, earthquakes, and tsunamis. With sea levels on the rise and more hazardous storm surges, economists predict that coastal flooding could ruin $1 trillion of assets in Osaka within the next 50 years.

Shanghai is surpasses the Keys and Osaka as being most vulnerable to damage regarding population size. While the Keys contains less than 100,000 people, and Osaka leaves about 5.2 million at-risk for permanent flooding damage, Shanghai is predicted to have 17.5 million people affected by sea level rise. This projection shows the vast majority of the city being likely submerged, which includes most of the downtown area and two airports. These two areas of the city provide most of Shanghai’s economic success, yet they are most at-risk.

Shanghai before and after predicted sea level rise, displaying the assets expected to be underwater when the global temperature increases by three degrees celcius.

The following map displays the coastal cities around the globe that are at-risk by 2050. It is evident that Asian cities have the most red dots (high-density of vulnerable population), though Europe and Africa are not far behind.

Because for-profit private insurers will have little incentive to insure risky properties, it will be more difficult for individual homeowners to afford insurance plans. With more hazardous extreme weather, claims are expected to rise more frequently and become more expensive. Therefore, the reserve may become inadequate to cover all costs.

This is an enormous challenge for communities, particularly those on the frontlines of rising sea levels: only a fraction of economic losses from catastrophic events are insured. Economic losses include infrastructure, home, and property damage, as well as indirect losses such as lost wages and business interruptions. These costs will keep increasing as long as there are not clear incentives to mitigate the risks of climate change. This is known as the protection gap, illustrating insurers’ potential for growth and society’s need for protection.

On average, over the long run, AIR estimates that economic losses total to about $300 billion per year, of which only about $80 billion are covered by insurance. The insurance gap here, $220 billion, needs to be fulfilled by government emergency funding and individual home and business owners themselves.

There is an increasing concern among these professionals about the insurance industry’s response to climate change. As losses mount, insurers are realizing that the impact of climate change is unavoidable. It is becoming more and more vital to address climate change in underwriting, pricing, and investment decisions. Finding a balance between ensuring affordability and availability and managing financial stability is becoming more difficult if extreme weather continues to escalate.

Closing the protection gap is a responsibility for insurance companies. In North Carolina, insurers began introducing hurricane deductibles, which limits their exposure to huge amounts of losses from policyholders. A deductible refers to the amount a homeowner must pay before the insurance covers the damage caused by a hurricane.

The percentage deductible is based on the insured value of the policyholder's home. Though percentage rates vary by state and case, most homeowners have 1 percent deductible in North Carolina. For example, if your Raleigh home is insured for $300,000 and has a 1 percent hurricane deductible, you must pay the first $3,000 before property insurance covers the rest of the claim.

Deductibles relieve some financial stress on insurance companies when a catastrophe like a hurricane strikes. Another way insurers can limit the protection gap is by partnering with governments and institutions like the World Bank. On the other hand, insurance companies should focus on take long-term actions to alleviate and mitigate climate change. This could include withdrawing coverage for coal plants, tar sands pipelines, and fracking wells, because without insurance, these projects cannot operate. Is crucial that insurers divest from fossil fuel-related clients and move toward insuring communities on the frontlines of climate change. Insurance companies could also invest in renewable energy businesses.

Insurers like Allstate and AIG are purchasing bonds whose payments are linked to clean energy projects. Warren Buffett issued $1 billion of green bonds to build and operate solar farms in California. However, these dollar amounts are minuscule relative to these companies’ other investments. In reality, reversing climate change will require trillions of dollars of additional investment in solar and wind energy. Total investments in clean energy must be doubled to $500 billion a year by 2020 and quadrupled to at least a trillion annually by 2030.

Clearly, the risk of insuring frontline property, like the Florida Keys, is high. If insurers want to truly avoid climate-change related costs, they will remodel their investment portfolio, divesting from the very companies wreaking havoc on our society. Though this will be a long-term change, it has never been more important for insurers to reevaluate funding and consider the implications of their actions.

Many of the areas that are being impacted by climate change are still dependent upon the cheap energy that is causing the problem in the first place. They should also consider embracing energy efficiency then renewable energy to help solve these problems.