In the Face of Towering CO2 Emissions, These 4 Cities Are Making Carbon Neutral Buildings a Reality 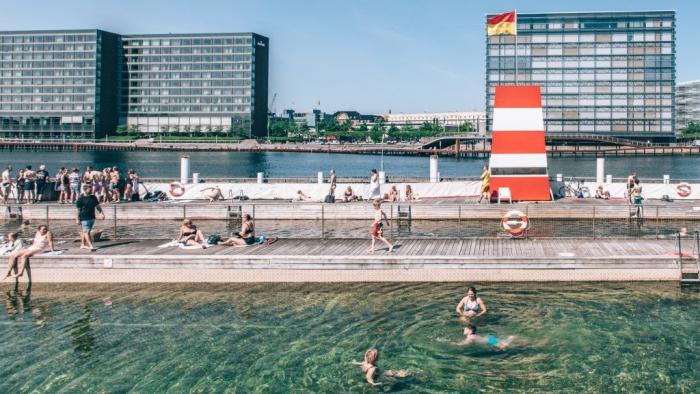 Buildings are just like you and me; they’re complex, have a large energy intake, and produce a lot of GHGs (greenhouse gases). They also haven’t become significantly more energy efficient since the 1920’s, and as urban populations rise, the need to improve building efficiency is more pressing than ever.

In fact, according to the World Green Building Council, buildings and construction together account for 36% of global final energy use and 39% of energy-related carbon dioxide (CO2) emissions when upstream power generation is included.

Accordingly, cities worldwide have implemented plans to reduce emissions from their municipal structures in pursuit of carbon neutrality. This initiative has led to the formation of the C40 (Climate Leadership Organization), which connects 94 (global) cities in a collaborative effort to reduce GHG emissions.

Aside from their roles in the C40 organization, these cities are disrupting the building status quo with forward-looking developments within their own municipalities:

San Francisco, widely considered to be one of the United States’ most forward-looking cities, implements smart grid technologies in order to track the efficiency of its buildings, along with the efficacy of its renewable energy systems. This smart grid was called for in 2011 by the Silicon Valley Smart Grid Task Force, which projected not only reductions in carbon emissions in the case of a smart grid, but also significant economic growth.

In 2017, San Francisco also mandated that 15-30% of roof space on new construction projects consist of either solar panels, or be dedicated to living roof space.

Most notably, though, San Francisco just announced plans to power all of their big buildings (over 50,000 square feet in size) with renewable energy. However, the requirements for the truly huge buildings in San Francisco are even more stringent: 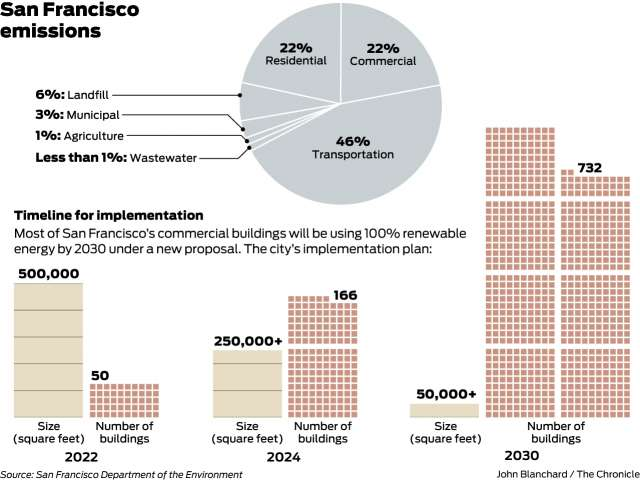 Within the same mandate is a regulation for all buildings in San Francisco constructed beyond 2030 to be completely carbon neutral.

These initiatives are expected to result in a 2-5% increase in bills for residential and commercial property owners on average, especially when adjusting for the increasing consumption rate of fossil fuels in the United States as a whole. However, this program would result in a near 44% reduction San Francisco’s carbon production, and make strides towards the city’s goal of total carbon neutrality by 2050.1

Sydney is NCOS certified, and along with San Francisco, leads the C40 Private Building Network, which means that it leads efforts to improve energy efficiency in municipal districts.

Given Sydney’s NCOS certification, it should come as no surprise that this city is a global leader in energy efficiency; to achieve carbon neutral certification, cities must reduce emissions drastically, and also offset the remaining emissions with investments in renewable energy.

As crunchy and technical as this may sound, the results from these programs are easily recognizable. Sydney’s most famous building, the Sydney Opera House, is now certified as a carbon neutral building according to the MSW Climate Policy.

Notably, the opera house was able to reduce its carbon emissions by 75% by replacing its lights with high-performance LEDs, and again by 9% by replacing its seawater-based cooling systems. Beyond that, the Opera House recycles its food waste and converts it into energy, which is then used to power the building itself.2

Sydney has also launched municipal bodies dedicated to greening residential buildings: through Smart Green Apartments, Sydney has been able to break through to developers and building owners by providing free consulting in energy efficiency. 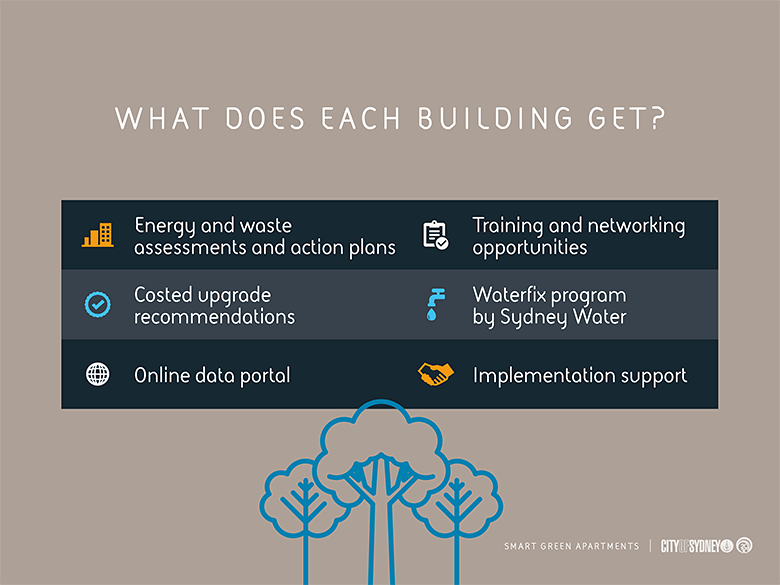 Under Smart Green Apartments, the city works with 20 buildings each year for 10 years. The initiative is geared towards resource-intensive highrises that have a tendency to bleed not only carbon, but money as well.

One highrise now saves $61,000 a year due to the efficiency overhaul, while another apartment building uses 82% less energy each year. By pitching these improvements in carbon emissions as methods to increase cost efficiency, Sydney has made significant progress on its path to become a totally carbon neutral city.3 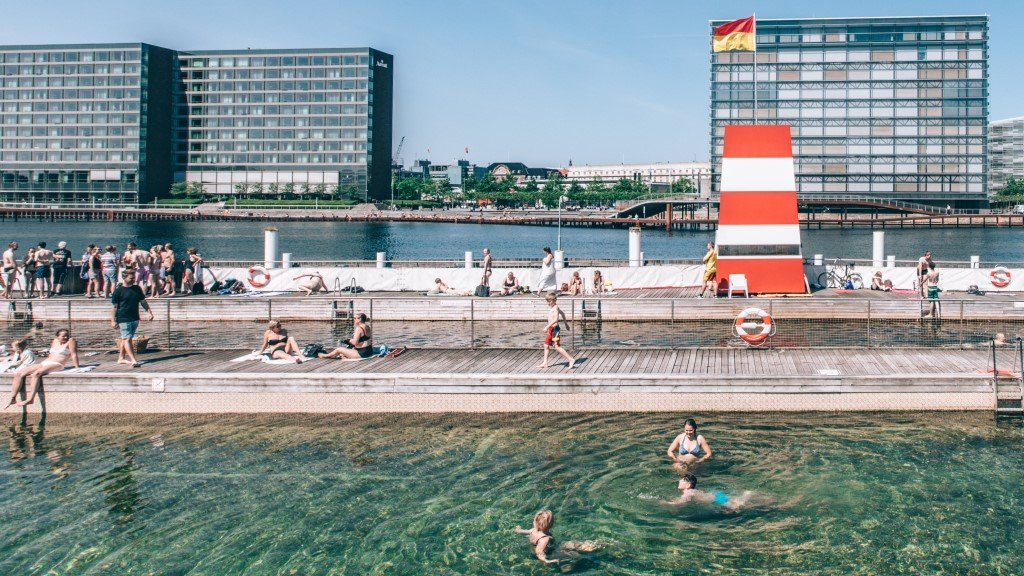 The future site of the C40 2019 World Mayors Summit, Copenhagen has a long history of watershed conservation and dedication to municipal parks. In fact, the Danish capital has consistently been rated as one of the healthiest cities in the world.

It is also the city in charge of the C40 Municipal Building Efficiency Network, which is dedicated to improving the efficiency of a given building stock (via construction or retrofitting) by sharing knowledge between cities about techniques such as changing the behavior of their residents and financing sustainable buildings effectively.

On the heels of these accolades, the city aims to transform its carbon footprint significantly by 2025. This initiative covers most pertinent components of the city itself, but specifies its goals for building emissions: specifically, Copenhagen’s plans call for “33% of the housing stock and 46% of commercial properties” to be retrofitted in the period leading up to 2025. These plans involve physical greening of buildings, including rooftop solar and green roofing; along with existing improvements, new buildings are being held to near-neutral standards.4

The sticking issue that the city seeks to overcome is the overwhelming amount of private properties built prior to any type of energy regulations, which experience an “owner-tenant” paradox. Which is to say, neither the owner nor the tenant benefits from retrofitting or optimizing a given building. (The tenant will not put their own money down for costly maintenance, and the owner stands to receive the same amount of money from the tenant for utilities regardless of their efficiency). 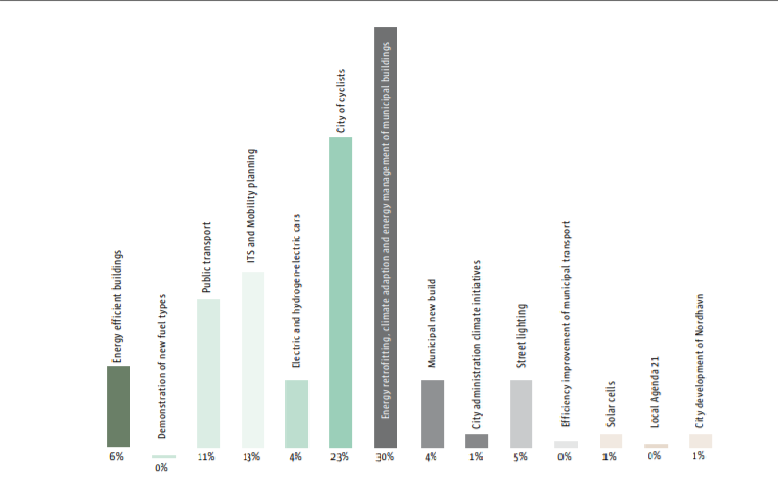 The above graph depicts just how tough it is to retrofit existing buildings: the city of Copenhagen employs two tools to overcome this problem. The first uses monetary incentives for people to retrofit their households with energy-efficient technology, whether it be through tax breaks or partial funding for said technologies (solar panels, etc.)

The second arm of the solution capitalizes on Copenhagen’s close, cooperative relationship with its citizens and businesses; specifically, the city’s roadmap calls for partnerships with stakeholders and owners in the building sector. Through these channels, the city administration can work around the owner-tenant paradox on a personal level.

These innovations and sustainable building programs, coupled with the city’s reputation for green living, make Copenhagen an ideal location for the 2019 World Mayors’ Summit, in which mayors of the 94 C40 cities come together in order to share their knowledge, data and experience in municipal efforts towards sustainability. 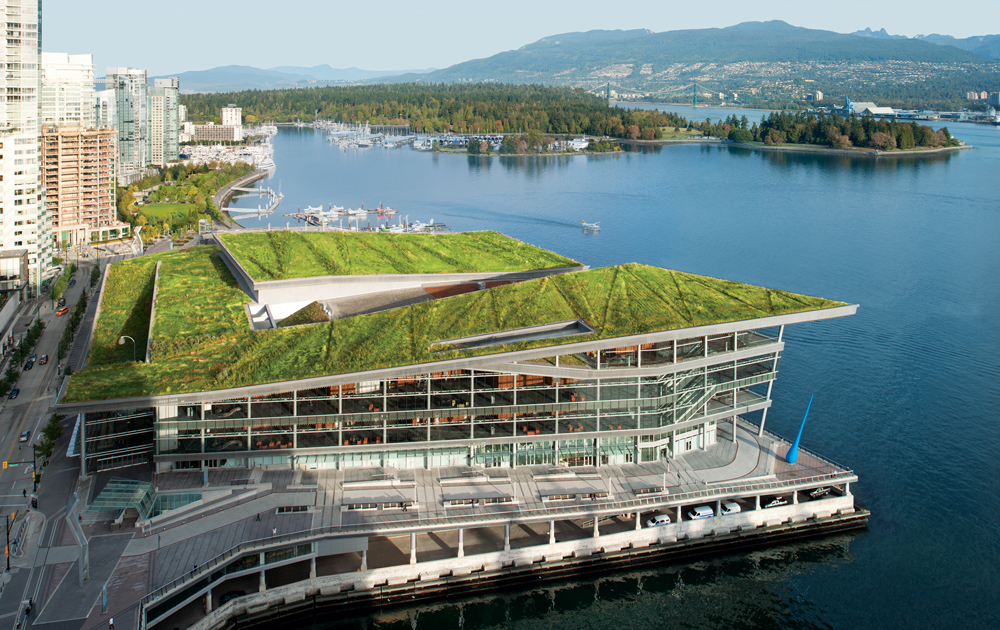 The leader of the C40 Clean Energy Network, Vancouver specializes in programs for heating, cooling, and energy distribution. The city is also committed to creating cleaner electricity grids.

In Vancouver’s self-proclaimed pursuit of becoming the “Greenest City,” it has implemented ambitious plans for city-wide carbon neutral buildings. Vancouver reported that 59% of its carbon emissions in 2017 came from its building sector; this relatively high share of emissions is due in large part to inefficiencies in its commercial buildings.5

The city is dedicated to converting to completely carbon neutral construction by 2030, and to retrofitting existing buildings to be carbon neutral by 2050. To achieve this, the city administration has laid out a variety of tools and initiatives.

One exciting program is Vancouver’s plan for passive houses. The city offers resources and training in order for households and firms to build homes according to the passive house standard.

To further incentivize construction of passive buildings, the city also offers a 5% floor space increase to developers for buildings that can achieve passive house certification. A perfect example is the “Heights,” a rental building in East Vancouver. The developer chose to build according to passive house standards in order to gain the extra floor space, to be granted at the discretion of the city.6 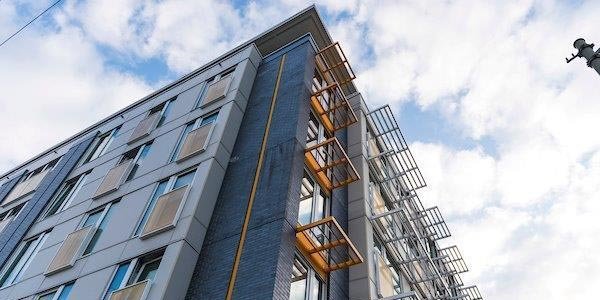 Vancouver justifies these subsidies because of the burgeoning green building industry; even now, the city has calculated that 29,000 in British Columbia are employed in the industry, and that green building will be worth nearly $250 billion by the end of 2019.6

As we enter the latter half of many cities’ energy initiatives, this figure stands to see significant growth; carbon neutral buildings are, above anything else, inherently cool.

To read more about this topic, follow the links below: