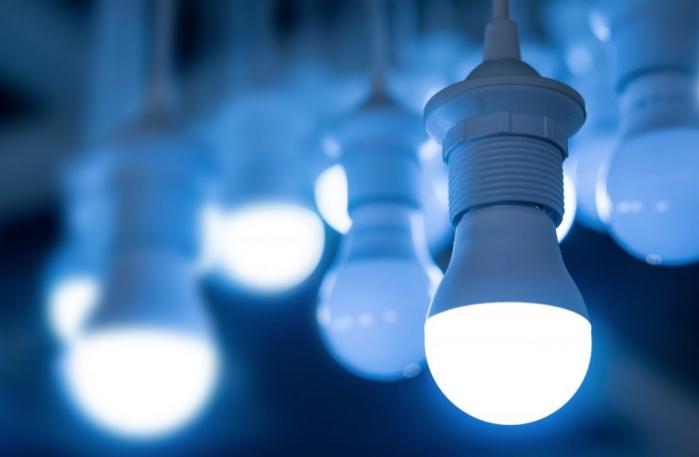 Ever since Edison and Tesla first clashed over who really invented the lightbulb, the goal behind artificial light has been to make it as close to natural light - sun light - as possible. It follows that this would be for the better - after all, sunlight is good for you, isn’t it?

As it happens, there is such a thing as too close to the sun as far as lightbulbs are concerned and it can have dire ramifications for both your health and the environment. Most people know the Greek story of Icarus, the boy who flew too close to the sun and got burned (or the wings melted and he fell into the ocean - there are multiple versions of the story but either way it didn’t end well for him).

Sunlight contains a high level of blue light - the shortest, highest energy wavelengths in the visible light spectrum. In fact, it’s the reason why the sky is blue, as these short blue wavelengths collide with air molecules, causing the blue light to scatter and making us process the sky as blue. Blue light plays a key role in regulating our circadian rhythms - our sleep and waking cycles - its presence boosting our alertness, memory retention and overall cognitive function, in other words, keeping us awake.

Therefore as a species, along with many other animals, humans have evolved to sleep in the absences of blue light - night time - while just as many creatures have evolved to be at their most active during this time. Initially, the only source of blue light was from the sun - so we only got it during the day - but the advent of technology has dramatically increased our exposure far beyond daylight hours.

In 1962, the first light-emitting-diodes (LEDs) were invented with a higher quantity of blue light than ever before. Considered superior to high pressure sodium (HPS) lights, both in terms of light quality and environmental friendliness. They draw less energy for the same amount of light and almost none of that energy is wasted as heat - meaning less pressure on power plants and a correspondingly lower carbon emissions. Their lifespan is about six times longer than HPS lights as well, so fewer replacements and less resources consumed in manufacturing, packing and transportation. Since then, LEDs have been replacing HPS in both public and private infrastructure.

Blue light is now emitted not only by our lamps but phones, computers, TVs, tablets. Think about how often we burn the midnight oil on any of these devices. The problem with this is that the reason blue light helps us stay awake is that it suppresses the production of melatonin, a hormone produced by the pineal gland which is secreted at night and is known for helping to regulate the body clock. When melatonin levels drop precipitously in the presence of blue light, it can increase an individual’s risk of developing cancer and the disruption of the internal clock is also linked to several other medical disorders in humans, including depression, insomnia, and cardiovascular disease. Not only that, but the human eye is not very good at blocking blue light - in fact, virtually all visible blue light passes through the cornea and lens and reaches the retina where it can contribute to eye strain and increase the risk of macular degeneration.

It’s unlikely we can cut back on devices that are so closely woven into our lives, so how do we limit our exposure? One option is to use lower intensity lights.

Luckily, lower intensity, or rather, less blue light, doesn’t mean sacrificing quality. Instead, when shopping for lights, look at the “color temperature” listed on the box, with the recommended number being about 2,700 degrees kelvin or less but 3,000 being the maximum. The higher the number, the bluer the light. The only practical difference will be that these will give off a warmer, yellow light as opposed to the harsh blue or white.

Another option for combatting light pollution is to use light coverings that shield our lighting and focus coverage to reduce trespass, and limit exposure to blue LEDs at night, be it from lamps or devices such as smartphones. Protective eyewear is also an option. Blue light blocking glasses have proven effective, especially if you spend a large part of your day in front of a screen.  Due to research pointing to screens as a large source of blue light, tech companies have begun adding the “night shift” function on phones and screens, that switches from the harsh white light to the warmer amber tones.

Light pollution can be just as detrimental to the environment. Blue light from LEDs is particularly harmful to wildlife that is already sensitive to light pollution. It does not just affect plants' cycles directly, it also affects them indirectly by interfering with the life cycles of their pollinators or other animals that interact with them. Many plant species, such as cacti bloom only in the dark of night. They are pollinated by nocturnal insects or small animals, primarily moths and bats.

As we know, we are not separate from our environment and what affects one is passed onto the other - almost one third of all human food requires a pollinator and a high percentage of pollination happens at night.  Artificial light disrupts this nocturnal pollination and leads to a reduced number of fruits produced by plants. The loss of night time pollination cannot be compensated by diurnal pollinators so light pollution can further unravel our web of life which ultimately disrupts our food sources.

In addition, bright electric lights can disrupt the behavior of birds. About 200 species of birds fly their migration patterns at night over North America, and are routinely confused by brightly lit buildings and communication towers, especially during inclement weather with cloud cover. Birds that migrate or hunt at night navigate by moon and starlight - artificial illumination causes them to wander off course, toward the dangerous nighttime landscapes of cities where millions of birds die in collisions with illuminated buildings. Migratory birds depend on cues from properly timed seasonal schedules and light pollution can cause them to migrate too early or too late and miss ideal climate conditions for nesting, foraging and other behaviors.

To reiterate, adjusting your light technology and habits does not mean you have to go back to candlelight. Many of the issues with light pollution can be alleviated by being a little more discerning the next time you’re shopping for bulbs, or turning off your lights when they’re not in use, or simply getting a good night’s sleep.

How To Choose A Lightbulb: Life Kit