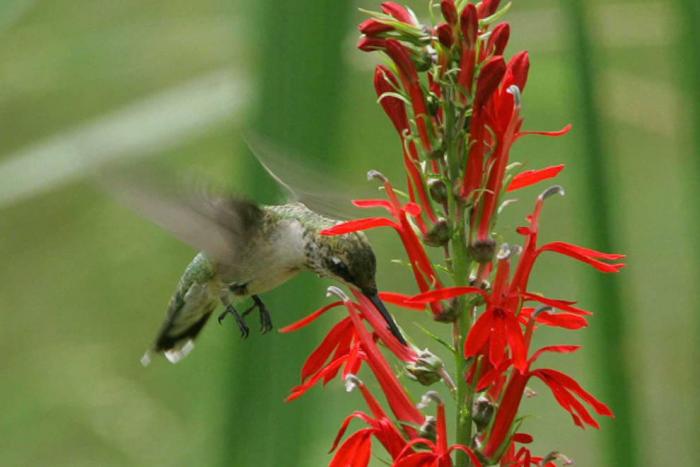 The basis for the principle of conservation, and why we should care when a species goes extinct, is that every life form plays an important role in the ecological balance of the earth. However, the word ‘conservation’ brings to mind large animals like bears, wolves and bison living in a faraway wilderness.  But there are other creatures that need protection just as urgently and are much closer to home. We have multiple endangered species living in the flower beds of our backyards, along our pavements and outside our offices. The animals that pollinate these flowers are in a rapid decline. So how does this affect us? Without pollinators, the human race would face a serious food shortage because most plants, including those that produce our fruits, nuts and vegetables, depend on them.

What is a pollinator? Any flower-visiting animal that carries out the process of pollination or the transfer of pollen between plants. Animals filling this vital role include bees, butterflies, beetles, hummingbirds and bats. Somewhere between 75% and 95% of all flowering plants on the earth need help with pollination. Pollinators provide this to over 180,000 different plant species and more than 1200 crops, including apples, pears, peaches, blueberries, raspberries, squash, almonds and cashews not to mention the essentials such as chocolate and coffee.

Our planet is in the midst of a crippling loss of biodiversity and pollinators are no exception. Many pollinators are insects and according to a February 2019 study, 40% of the world's insect species are in decline and the total mass of all insects on the planets is decreasing by 2.5% per year.  By all counts, these are bleak statistics. This is because pollinators face a variety of challenges, such as habitat loss from degradation and fragmentation, competition with invasives (species not native to the region that can damage the local ecosystem), and poisoning by pesticides.

As native vegetation is replaced by roadways, manicured lawns, crops and non-native gardens, pollinators lose the food and nesting sites that are necessary for their survival. Migratory species, such as monarch butterflies, face other unique challenges - if the distance between the suitable habitat patches along their migration route is too great, then smaller, weaker individuals may die during their journey. In the case of the monarchs, their sole food source, milkweed, is being decimated, making their 3,000 mile journey increasingly risky.

While we cannot easily address habitat loss in the short term for megafauna such as wolves, mountain lions and grizzlies, we can make small yet significant changes in our own backyards for pollinators.

Solutions for both types of pollinators, native and migratory:

Invasives are species that are not native to a specific location, but can quickly spread through their new environment, undermining the ecosystem. By their very nature, they are adaptable and thrive under changing and new climate conditions, posing a serious threat to native species which often struggle to survive in new circumstances.  Check out the U.S. Forest Service website for more tips on how to recognize and combat invasives.

Invasives cause problems such as:

Ironically, some steps to combat the rise of invasives, through the use of pesticides, have caused collateral, avoidable damage on native pollinators. While there has been controversy over which types of pesticides hurt pollinators directly, the reliability of the research is suspect, since some of the published literature was actually funded by Monsanto, the developer of the widely used pesticide, Round Up. The present overzealous use of pesticides has negative “downstream” effects on the ecosystem and to limit these, there needs to be a change in user habits.

As an individual, it’s difficult to see one’s impact on massive issues such as climate change. That can be disheartening.  But, you can always make and see a difference in your own backyard and know that you’re helping to combat a global problem. You can literally make the world a better place with informed gardening. How cool is that?

For more information check out these resources: