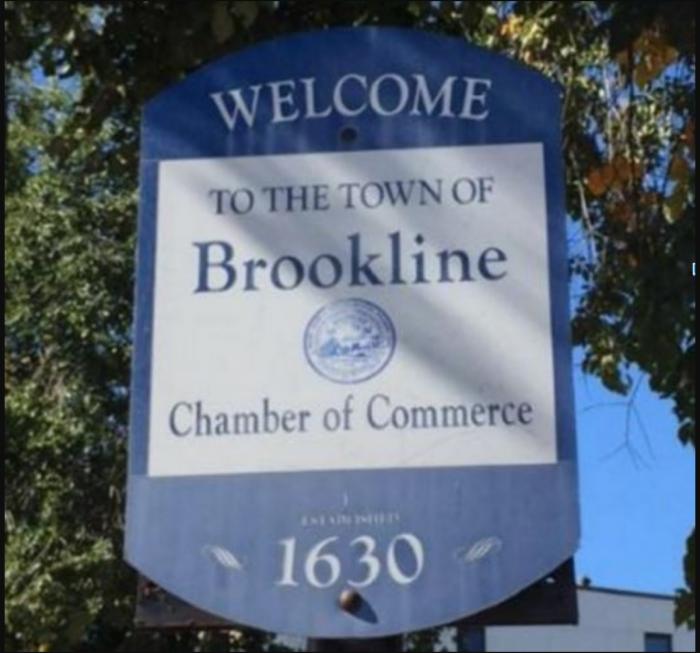 In a bold, sustainable move and a 200-3 vote, the Town Meeting Members of Brookline, Massachusetts voted in a ban of oil and gas pipes for new buildings and also for significant renovations of existing buildings.  This means that these buildings will have heating and hot water systems, and appliances that use electricity.  Additionally, occupants of these same buildings will also increasingly be driving electric vehicles.

The measure is the first in Massachusetts, following a growing number of communities in California which have passed similar bans, including Berkeley which voted in the first ban in July.  According to Werner Lohe, cochair of Brookline's Climate Action committee and one of the ban’s sponsors, "We need to do something about climate change….We need to stop burning fossil fuels inside our buildings….This is the first step in Brookline toward an all-electric, all-renewable-energy world.”

Globally, buildings consume approximately 36% of all energy consumed, and 40% of all CO2 emissions.  Deborah Donovan, Massachusetts Director of the Acadia Center puts the future in a clear current perspective: "If we are going to decarbonize the economy, we have to stop putting gas in new buildings now….Building stock built now will be us in 2050 when we need to be decarbonized.”

According to the Northeast Energy Efficiency Partnership, "The energy and carbon intensity of existing buildings has been a vexing problem for more than three decades. While lighting, appliances, and a wide variety of other technologies have significantly upgraded energy performance, the buildings that they are placed into have been remarkably resistant to major change.”  Many feel it’s the for this change.  Mike Henchmen, a member of Rocky Mountain Institute’s electricity practice sees Boston, Chicago and Philadelphia as promising markets for moving away from fossil fuels as they already have aging infrastructure that will be expensive to replace and even maintain.

This transition away from fossil fuels is know as electrification.  As far back as 2017, David Roberts of Vox argued that the key to tackling climate change is to “electrify everything.”  This means replacing everything that runs on combustion so that all of these items run on electricity instead.  According to Roberts, "The need for electrification is well understood by climate and energy experts, but I’m not sure it has filtered down to the public yet; the consensus on it is fairly new. For decades, the conventional wisdom has been the other way around: Electricity was dirty and the process of generating it and transmitting it involved substantial losses, so from an energy conservation point of view, the best thing to do was often to burn fossil fuel on site in increasingly energy-efficient devices.”  What changed? Two of his top arguments: 1) Technology and renewable energy advanced to the point where electric operations can be carbon neutral (We’d add: and even carbon positive sometimes.  We’d also add that efficiency is growing and/or prices are also dropping to make this technology more affordable for wider use).  2) There’s is really a network effect when more items are hooked up to an improving, cleaner grid, as grid improvements have a more widespread impact - across every item running on them.  As another top argument, we’d add that there is increasing awareness in recent years of the health risks associated with indoor combustion of natural gas.

Voting out fossil fuels is not without challenge.  Fossil fuel companies, real estate professionals, and some leaders have expressed concern about the speed at which electrification can proceed in different areas, or even if fossil fuels should or can be drastically, rapidly reduced. There are several reasons for some resistance.  First, change and the unknown can be legitimately scary.  In particular, until it’s proven without a doubt that electrification delivers predicted long term savings, there’s concern that costs will increase.  Preference is another reason for significant hesitation.  Even with growing awareness of health risks, many people grow up thinking of natural gas as cleaner than oil (and coal before that).  Additionally, there are people who feel that cooking with gas is just better.  Evidence and better alternatives are starting to change some of these beliefs, but it will still take time.  Finally, this change feels like a threat to utilities, fossil fuel companies, and other businesses that face reduction or even extinction in a fossil-fuel free future.  One answer is to help these business and to incentivize them to find new and profitable paths in a more sustainable economy of the future.

Proponents argue that electrification provides energy efficiency and quality and health benefits in addition to significant environmental advantages.  They can also point out that in some sense the horse has left the barn, as cities and states must work to find new and really all viable paths for reducing energy consumption and emissions as part of the growing number of climate action plans.  Indeed, Brookline has a plan to be carbon neutral by 2050 and the current state of MassachusettsClimate Plan aims for a 25% reduction below 1990 greenhouse gas emissions (GHG).

For local proponents, including many enthusiastic environmentalists, the Brookline ban is a huge win and a source of pride for Massachusetts, enacting the first ban outside of California, which often takes a leading role in environmental and climate change related issues.  Brookline is the first in the state to enact a ban, and it’s likely that other towns will follow.  These leading examples will provide the data needed to further the argument for a transition away from fossil fuels.  Additionally, they can provide a great service to others in sharing challenges and lessons learned.

The Rate It Green Team - This is an account for Allison and plenty of kind helpers, for company posts where it really doesn't particularly matter which of us posted. Questions? Send us a note through our contact form, or email info@rateitgreen.com.