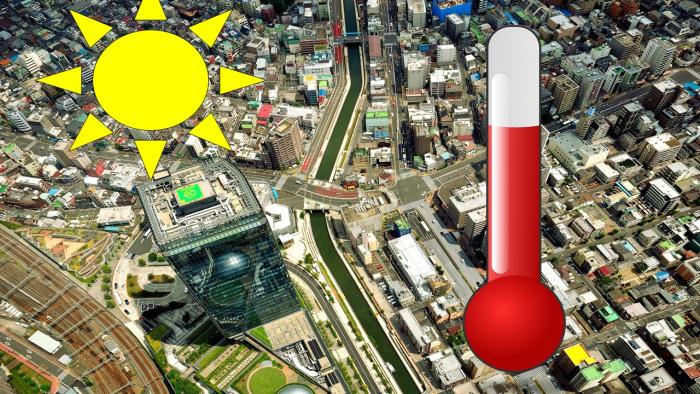 The term Urban Heat Island (UHI) refers to an urban area, which experiences significantly higher ambient temperatures when compared to a nearby rural or sub urban area. It is a result of urbanization, which is accompanied by land cover alterations and the associated changes in the energy balance of the area. The urban location can be viewed as a “heat island” surrounded by a sea of cooler rural/sub urban areas, hence the term “Urban Heat Island” [1]. Temperature differences between a UHI and a rural area can be dependent on the city size and prevailing meteorological conditions [2]. For a city of 1 million people, annual mean air temperature could be 1 to 3°C higher than its neighboring rural/sub urban areas [2].

Urban heat islands can be divided into two types:

Urbanization is accompanied by drastic changes in land cover. Naturally occurring vegetation, which moderates surface temperatures through the process of evapotranspiration (loss of water to the surrounding air by plants) and by providing shade, is replaced by buildings and pavements. The impervious surfaces of these structures reduce evapotranspiration. In addition, commonly used building materials (e.g. asphalt), have significantly different properties than natural vegetation. They have higher heat capacities (more heat absorbed) and lower albedos (ratio of reflected and incident light), which result in greater absorption of solar radiation. Built up surfaces also increase the surface run-off thereby reducing evaporation and causing higher temperatures. Furthermore, urban areas are also hotspots of human activities such as energy consumption for air conditioning, automobiles and industries. These activities contribute to additional heat release in the ambient environment.

The negative effects of UHI can be primarily attributed to the high ambient temperatures in the area. Higher ambient temperatures result in greater energy consumption to sustain human comfort (e.g. air conditioning for cooling). The increased energy demand in the city requires more electricity generation, which relies primarily on fossil fuel combustion. In turn, higher fossil fuel combustion generates more emissions of pollutants that degrade air quality (e.g. nitrogen oxides, carbon monoxide, sulfur dioxide) and contribute to global climate change (e.g. carbon dioxide). Air pollutants such as nitrogen oxides, carbon monoxide are precursors contributing to the formation of ozone, which is a US EPA criteria air pollutant. In addition, higher temperatures also result in worsening the impacts of heat waves in the city.

There are several multi-scale (e.g. city to individual) strategies, which can be adopted to counter and mitigate the UHI effects. These strategies are listed below:

Greater natural vegetation coverage in urban environments can significantly reduce the ambient temperatures through the process of evapotranspiration and providing shade. Natural vegetation cover over urban surfaces (e.g. pavements, houses) results in absorption/reflection of a major fraction of the incident solar radiation thereby preventing the surfaces from heating up. Urban residential/commercial structures shaded by vegetation are cooler which lowers their energy consumption. Natural vegetation also provides advantages such as removal of pollutants from the air (dry deposition of pollutants on the leaves, absorption of CO2­) which contributes to improving air quality in the urban area.

Urban building modifications such as using green rooftops and construction materials that have a high albedo (e.g. cool rooftops (described later in this section)) can reduce the rooftop temperatures and raise the building energy efficiency. Green rooftops reduce the solar radiation incident on the roof thereby decreasing the heat flow into the building. The vegetation on the green rooftop also contributes to reducing temperatures by removing ambient heat through evapotranspiration. Cool rooftops made with construction materials that have a high albedo can also be effective in reducing the rooftop temperatures and contributing to cooling of the building. Similarly, cool pavements, which are constructed using materials with a high albedo and permeability, can reduce heat content of urban pavements.

Past research has shown the positive effects of these mitigation techniques. E.g., For Los Angeles, a maximum temperature reduction of 3°C could be achieved by increasing natural vegetation coverage, using lighter colored pavements and cooler roofs [3]. 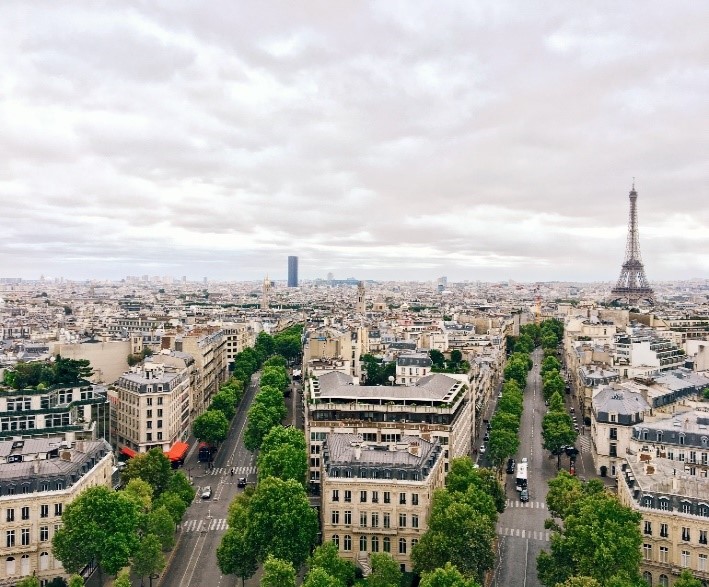 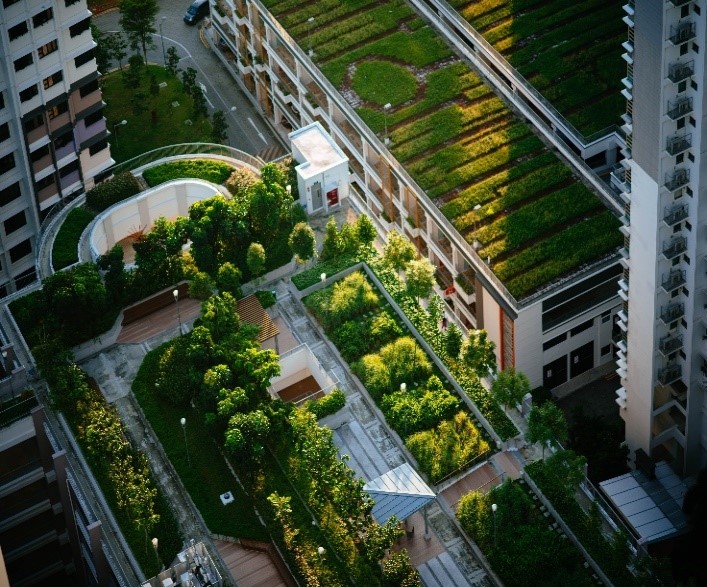 Studies have reported that the UHI effect has increased in the past few decades (e.g. London (1959 – 1998[9]), Shanghai (1975 – 2004)[10]) which reflects the adverse impacts of increasing urbanization on the environment. Scenario based analyses have predicted that these trends could continue in the future[9], which calls for measures to be taken in order to curb the UHI. Urbanization cannot be eliminated, however, careful consideration of its environmental effects while planning urban development and taking necessary measures to mitigate its effects would go a long way in ensuring that the environmental costs are minimized.