The TPP In A Nutshell – Too Risky for the Environment 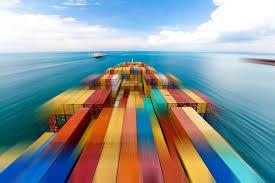 I am highly motivated college student with strong leadership, organizational, and interpersonal skills. I am very interested in political science, economics, and language and cultural studies, and I intend on pursuing each of these throughout my college experience. My goal is to finish out my undergraduate years with degrees in both international studies and economics with a minor in political science. I hope to work my way up through state government and then onto the national government to promote an environmental economic agenda that will bring the US closer to reaching its climate goals.