The Green New Deal - An Introduction 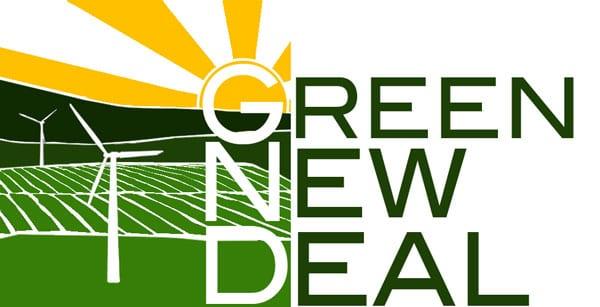 Years ago, a New Deal was developed during the Roosevelt administration. The deal was made up of social and economic reforms as well as public works projects. The deal provided economic recovery and relief in response to the Great Depression. In 2007, Thomas Friedman suggested a Green New Deal, expanding on Roosevelt’s economic approach to include new ideas such as renewable energy and resource efficiency. Barack Obama supported the Green New Deal during his presidency, however not much was made of it.

Today, the phrase has been revived and a draft of the Green New Deal is being developed for Congress to address both economic inequality and climate change. The point of the proposal is to boost the right kind of economy, not the one that pollutes our environment, but rather one that promotes clean energy. No one knows exactly what the final details of the deal are yet, but Representative Alexandria Ocasio-Cortez has a draft proposal on her website that includes some of the basics. Here are some of the demands that it includes:

In order to accomplish these goals, the representative proposes that the House of Representatives establish a “Select Committee for a Green New Deal,” which would include 15 members, both of Republican and Democrat parties. The committee would have about a year to complete a draft legislation and then a finalized draft by March of 2020.

This Green New Deal has many supporters from both parties. In fact, recent polling has shown that 81 percent of respondents across the political spectrum support the recent Green New Deal. Hopefully, with this support, the Green New Deal will be implemented and make a difference for our environment.