Peatlands: A Vulnerable Ecosystem with Implications for Climate Change 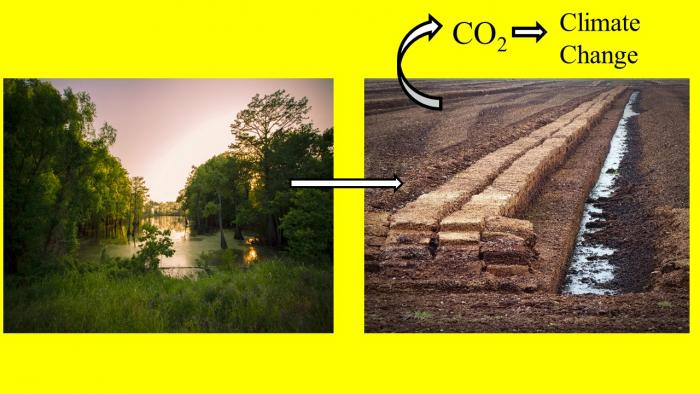 Peatlands are naturally occurring ecosystems similar to wetlands. They are areas with/without vegetation that are characterized by year-round water logging, a surface layer of accumulated dead/partially decomposed plant material and anaerobic (lack of oxygen) conditions. The term “peatland” refers to the combination of peat soil and wetland type conditions present. The water saturated and anaerobic conditions inhibit plant material decomposition resulting in continuous accumulation that could span thousands of years. Peatlands occur in over 180 countries, cover almost 3% of the Earth’s land surface area (4 million square kilometers) and account for at least one-third of global wetlands [1]. They have a significant extent in the higher latitudes of North America and parts of South East Asia. Despite their small aerial extent, peatlands are estimated to be the second most important carbon reservoirs on the Earth after the oceans, which puts them on the center stage in the context of global climate change and the associated mitigation strategies. Peatlands contain at least 550 Gt of carbon, which is equivalent to 30% carbon stored globally in soils, 75% of carbon stored in the atmosphere and twice the carbon stored in forest vegetation [1].

Peatlands can be classified into two types:

Peatlands can play a major role in mitigating climate change and also provide a multitude of ecosystem services. These benefits of peatlands are discussed below:

Global climate change is the most challenging problem facing humanity today. It is generally believed that climate change is driven by the high amounts of carbon dioxide (CO2) in the atmosphere caused by human activities. Thus, reducing atmospheric CO2 levels is a priority for governments around the world. Peatlands aid in combating climate change by absorbing CO2 from the atmosphere. They are the most efficient terrestrial carbon reservoirs containing 7 times more carbon per hectare as compared to other ecosystems in the boreal regions and 10 times in the tropical regions [1].

Peatlands are hosts to a variety of flora and fauna, which may not be commonly seen in other ecosystems. Examples include vegetation types (e.g. mosses) and animals like Sumatran Orangutans and Tigers (Indonesian peatlands).

Peatlands aid in reducing flood risks by storing water during the flooding periods and releasing it during dry season.

Peatlands act as reservoirs storing large amounts of water from surrounding areas and precipitation. They are capable of purifying water by trapping pollutants. In areas where peatlands form a major fraction of the land cover, the inhabiting communities are dependent on them for safe drinking water.

As is the case with most ecosystems on Earth, human threat to peatland ecosystems looms large. Peatlands in various parts of the globe have been destroyed. In the UK, it is estimated that ~80% of the peatland landscape has been damaged. The human activities most responsible are listed below:

Peatland drainage involves artificially lowering the water table. Peatlands are drained for agricultural and forestry activities, urban, industrial or transportation expansion and peat extraction. Drainage of peatlands results in exposing the accumulated peat to the atmosphere, which together with the higher temperatures, increased diffusion of oxygen to the exposed layer contributes to quicker decomposition of the organic material, thereby increasing atmospheric CO2 emissions (a byproduct of organic material decomposition). Global CO2 emissions (excluding peat fires) from drained peatlands have increased by more than 20% between 1990 and 2008 [8]. In addition, peatland drainage also poses a threat to the peatland biodiversity [9].

Drained peatlands are also vulnerable to anthropogenic (intentional burning to clear forests) or accidental fires, which can burn for months beneath the surface even after the surface fires have been extinguished. These fires emit harmful air pollutants (e.g. particulate matter) and greenhouse gases (e.g. CO2) and contribute to degradation of air quality and global climate change. A recent study estimated that the Equatorial Asia haze episode in fall 2015 caused by peatland fires could have resulted in more than 100,000 premature deaths [10].

Peatland restoration can provide several benefits in addition to being a major step towards combating climate change. The United Nations Environment Program estimated that stopping the destruction of peatland natural vegetation could restore CO2 equivalent to two years of global emissions [7]. Multiple initiatives (e.g. establishment of strategies and programs) have been taken by governments across the globe. For example, the International Union for Conservation of Nature (IUCN) program in the United Kingdom is a partnership between the UK government and public organizations. IUCN aims at enabling peatlands in the UK to function at their full potential and prevent further loss of peatland ecosystems. The Global Peatlands Initiative involves the United Nations and other leading organizations joining hands to protect peatlands while in Scotland, the National Peatland Plan has been developed [6]. The Indonesian government aims to restore more than 2 million hectares of peatland area between now and 2020 [11]. In Germany, the Lower Saxony Bog Protection Program has targeted 15000 hectares of peatland area since 1981[12]. A study of 71 German peatlands, which underwent restoration, showed that common peatland plants returned in more than 50% of the sites [13]. February 2 is observed as the World Wetlands Day to bring to the fore the importance of wetlands. 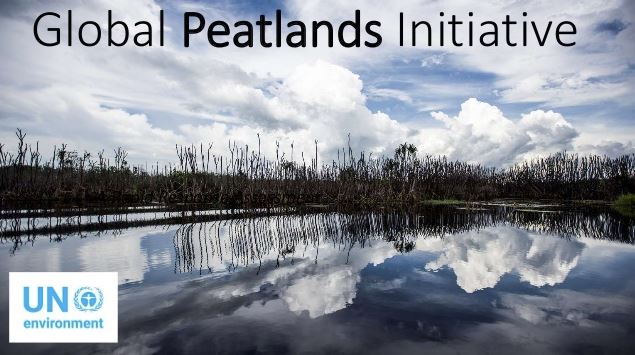 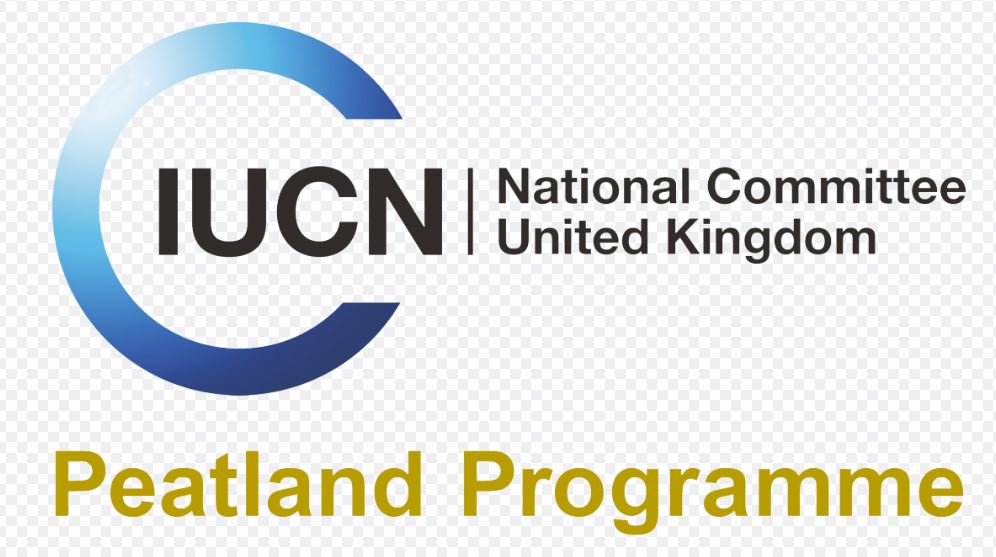 [5] Josee Landry and Line Rochefort: The drainage of peatlands: Impacts and rewetting techniques, 2012

[11] Hansson, A., & Dargusch, P. (2017). An Estimate of the Financial Cost of Peatland Restoration in Indonesia. Case Studies in the Environment.