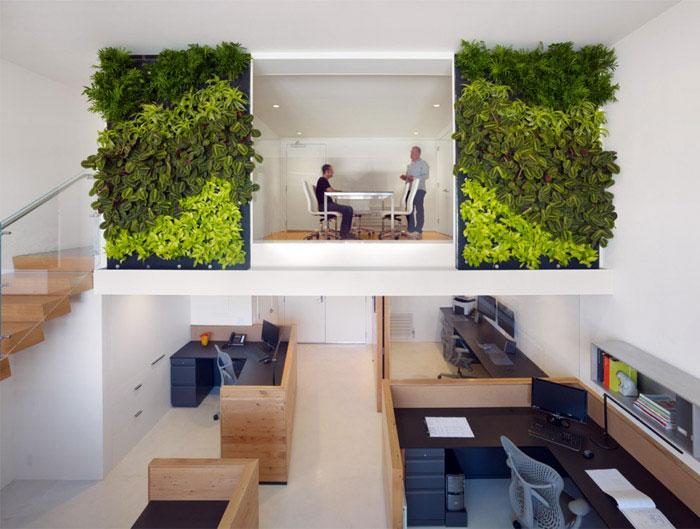 It is no secret among environmentally conscious building professionals that greener buildings display benefits that go beyond the monetary savings afforded by decreased energy and operational costs. However, many of these auxiliary benefits are difficult to identify, and even harder to quantify. A recent article from the journal Building and Environment, published by Elsevier, presented exciting new data that enumerated the ways in which green design could be used to improve worker health and productivity.

The study compared ten different buildings across five U.S. cities, two buildings per city. The buildings were matched by company, function, and type of worker, and all ten were high-performing as deemed by the ASHRAE standard for ventilation and TVOC (Total Volatile Organic Compounds) concentration. The comparison was made between five of the buildings that had pursued and attained green certification by the LEED, and the other five which had not.

Testing was completed over a weeklong period for each participant, with eight to twelve participants per building. At the end of each day the subjects filled out surveys which asked them about their work environments and perceived health, including to what degree they experienced symptoms characteristic of Sick Building Syndrome sufferers, such as headaches and throat irritation.Twice during the week of testing, participants completed an hour and a half long Strategic Management Simulation, which tested their cognitive reasoning.They were also asked to wear a Basis Peak Watch at all times, which tracked heart rate, skin temperature, and sleeping disturbances, among other factors. The indoor environmental quality of each participant’s workspace was monitored and recorded for the duration of the experimental period.

The results showed a noticeable increase in cognitive functioning and quality of sleep among the participants who worked in green certified buildings. Their scores on the Strategic Management Simulation were 26.4% higher than the scores of the non-certified workers, and they reported 30% fewer Sick Building Syndrome symptoms. Additionally, using an algorithm that combined sleep duration, restless movements, and periods spent awake, it was determined that the quality of sleep of the participants who worked in green certified buildings was 6% higher than their noncertified counterparts. While many of these differences were attributed to environmental qualities, such as higher humidity, better lighting, and more ideal temperatures, there was a portion which had no concrete cause, which the researchers chose to attribute to qualitative aesthetic qualities of the buildings and the subsequent effects these had on the workers’ psyche.

The results are even more impressive than they first appear, as it must be remembered that the only difference between testing groups was green certification. All buildings involved were high functioning, and it can be assumed that results would have been much more drastic if the LEED buildings were compared to more environmentally problematic structures.

For years, benefits such as those displayed in this research have been known to green building professionals, but they are not often the main focus of business managers and developers. Research of this nature, which can translate ecological mindfulness into concrete savings and productivity figures, could be the bridge that finally brings green design to the forefront of corporate interests.

Currently a junior student at Tufts University, pursuing a Bachelor of Science in Civil Engineering. I am also pursuing minors in Architectural Studies and Engineering Management. My other interests affordable housing, green architecture, and urban planning.