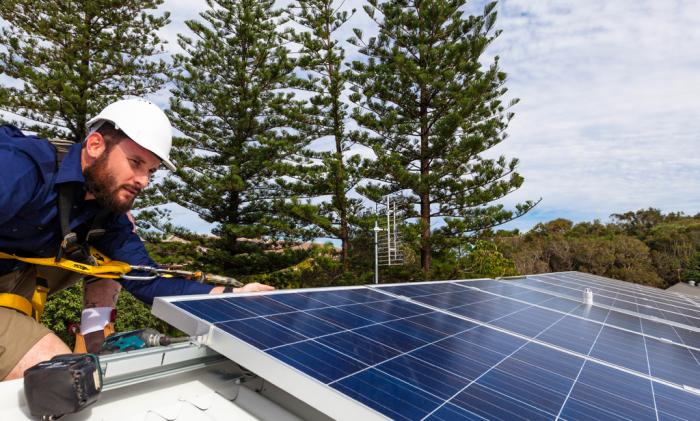 Imagine being able to trade electricity with your neighbors in a cheap and convenient way. For some Australians, this unique use of solar energy is soon going to be a reality. A group of energy tech startups have created the Decentralized Energy Exchange (deX), which is a software-based marketplace that has the potential to drastically change the energy system in Australia. This project is being led by Australian energy startup, GreenSync, and funded by the Australian Renewable Energy Agency (ARENA). Their efforts combined with other energy startups, retailers and agencies have helped create deX, which could alter the way energy is produced, traded and consumed around the world.

What makes Australia the best place to test this program? Their hot, sunny climate and the amount of people that have solar panels already installed. In an interview with GreenSync founder and CEO Phil Blythe, he shared that roughly 1.6 million rooftops have solar panels installed (more than 15% of the population). He also stated that “the uptake in rooftop solar is one of the highest in the world per capita in Australia,” making it a great test site for deX.

Australia has also been known to have severe power outages due to their heatwaves. In January 2017 they had two major heatwaves setting record high temperatures. In an effort to solve these outages, GreenSync plans to shift energy production from traditional, large power plants to more decentralized locations using rooftop solar energy. This is exactly how deX will run, controlling the power flow so that it reaches households when they need electricity. Decentralization will enable a more economical transfer of energy. With the help of other startups and ARENA, GreenSync has created this network of “virtual” power stations, which are made by linking rooftop solar panels and batteries of households together with a smart grid. Creating these grids enables households to take energy out of the system, but also input any excess energy they have received from their panels and profit. This easy transfer of energy will stabilize Australia’s electricity grid and protect it against times of increased demand such as the recent heatwaves.

With the increasing amount of electricity being created by households, it makes sense to look at production in this new way. One household with solar panels doesn’t produce of ton of electricity, but when connected to thousands of others the effect is similar to that of a power plant. Blythe describes the project as “a single marketplace where consumers can connect and configure their energy resources, and all of the upstream value generated by these assets are automatically paid into a bank account or digital wallet.” The new smart grid will be cheaper for Australia because instead of building another expensive power plant they can access solar energy that is already in place.

One of the most important points Blythe emphasized in his interview with the Guardian was the benefits of the grid. Australian households that participate in the upcoming trials will be paid because their role is switching from customer to customer/manufacturer. This incentive might push homeowners to install solar panels if they haven’t done so already. The ultimate goals of the grid are reducing energy costs, driving investment in renewable energy, and stabilizing the electricity grid.

The first pilot of the deX smart grid will be tested in June and evaluate the market value of rooftop solar energy and trading amongst customers. The two pilot projects will involve about 10,000 homes total. If these tests prove successful, this could greatly benefit the future of solar energy production and be a huge win for renewable energy.

For more information about deX and its contributors:

I am a driven college student in the midst of completing a management & marketing degree. My aspirations include using social media and news as a tool to raise awareness about environmental issues all over the world. Spreading the word about renewable energy, climate change, and cutting edge technology is the key to bringing people together on these matters.