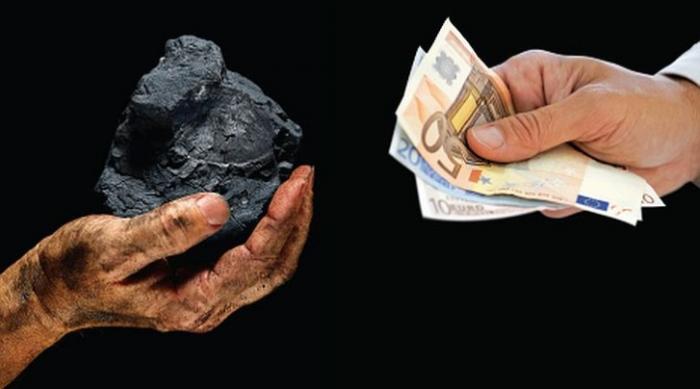 In 2016, atmospheric carbon dioxide levels exceeded 400 parts-per-million for the first time and are predicted to stay above that threshold, perhaps for the rest of our lifetime. To no surprise, 2016 was consequently the hottest year in 137 years of record keeping. The climate crisis is imminent, and while it may be too late to lower the carbon dioxide levels, they can be kept from increasing at such a high rate. A simple and straightforward way to achieve this is to introduce laws that would put a price on carbon. These policies will both discourage the use of oil, coal and natural gas and encourage the development of renewable energy sources.

What is carbon pricing? Carbonpricing is an umbrella term for several ways of attaching a market price to any carbon that is emitted from burning fossil fuels. There are several different approachesto do this.

Carbon Tax: This method involves assigning a price to each unit of carbon emitted by a company or an entire society. So basically, the more carbon you burn, the more you have to pay. Tax prices would rise over time, gradually putting more and more pressure on people to move away from fossil fuels. Furthermore, the money gained from these taxes can go to funding renewable technologies or to offering rebates to those who successfully lower carbon emissions.

Another approach to a carbon tax is to make it a revenue-neutral one. In this case, the money obtained from the tax collection is given back to the people in one form or another. Carbon emissions would still be reduced while also addressing the main critique of carbon pricing: that it would somehow hurt the economy. According to Dana Nuccitelli in the Guardian article In Charts: How a Revenue Neutral Carbon Tax Creates Jobs, Grows the Economy, with a revenue-neutral carbon tax “about two-thirds of taxpayers are projected to receive more in refunds than they pay in higher energy prices,” which would mean that this carbon pricing method would benefit the economy rather than hurting it.

Emission Trading Scheme (ETS, also known as Cap-and-Trade): This method involves establishing a market with a limit or “cap” on how much a designated set of industries can emit per year. The government distributes or sells allowances to emit a certain amount of carbon to everyonein the market, and therefore sets a hard and physical limit on carbon emissions, which a carbon tax could not do.

Companies can then trade these allowances amongst each other based on their need or really a combination of their willingness and ability to pay to emit carbon. This is where the “trade” aspect comes in. For example, if a company buys an allowance to emit a certain amount of carbon, but ends up needing to emit more, that company can buy part of the allowance from a different company, who did not end up emitting as much as they were allowed to.

Fuel Tax: This method is very similar to the carbon tax, except that the government taxes based on amount of fuel used instead of taxing the amount of carbon produced from burning the fuel.

Hybrid Instruments: This method is an option that a lot of countries are considering. It combines elements of the carbon tax and ETS.

A main goal of carbon pricing is to discourage companies and people from burning fossil fuels unnecessarily or inefficiently by making them directly pay based on how much carbon they release into the atmosphere. As a result, carbon pricing also makes companies seek out low or no-carbonalternate sources such as solar and wind energy in order to reduce the cost of emitting carbon. Therefore, imposing a price a carbon will accelerate the much needed transition from fossil fuels to renewables.

Scandinavian countries introduced carbon pricing in the 90s despite the people’s uncertainty about it. Although many feared that this endeavor would hurt their economy, the exact opposite happened. Sweden saw its carbon emission drop by 25% as its GDP grew by 60%. Scandinavia is not the only place where carbon pricing was successfully implemented. The province of British Columbia, in Canada, proved that a revenue-neutral carbon tax could cut carbon emissions without harming the economy. 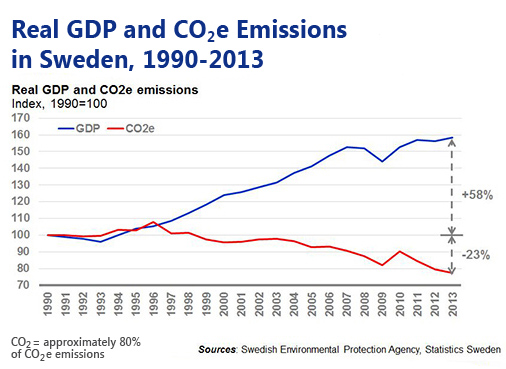 These examples suggest that carbonpricing would be harmless to the economy, and even beneficial in some cases. With this idea in mind, other countries are making plans to implement carbon pricingin the near future. China has been testing an ETS system in its six largest carbon-emitting industrial sectors and plans on launching a national system soon, which would be the largest cap-and-trade system in the world. Several U.S. states are also in the process of putting together some form of carbon pricing, including Washington, Massachusetts, Vermont, Rhode Island and Connecticut. Canada has also announced a plan to require all provinces to put in place some form of carbon pricing or to implement a federal hybrid system that would reflect elements of both the carbon tax and ETS.

It is clear that the world’s carbon emissions need to drastically diminish, and carbon pricing is proving itself to be a successful way to accomplish this; however, it is still unclear which method excels in specific scenarios. The atmospheric levels of carbon are getting dangerously high, so a cap-and-trade system would set a hard limit on how much carbon is emitted and allow for quantity control. But setting a hard cap such as this could also harm the economy and keep from a smooth transition, which is where a carbon tax could be advantageous. The tax could start low and increase over time, allowing companies to gradually transition to resources other than fossil fuels.

Chris Barrington-Leigh, a professor at the McGill School of Environment & Institute for Health and Social Policy, suggests the following plan:

"A hybrid system has the ability to offer, simultaneously, well-defined expectations about price in the short term along with well-defined expectations about the emissions quantity in the long term. Short term clarity about prices is good for economic decision making (i.e. it limits costs of mitigation) and long-term commitment to decarbonization (emissions quantity) is good for reducing the costs and risks of environmental damage.  Hybrid policies can balance these benefits by incorporating controls against sudden price changes, or by publicizing transparent feedback mechanisms to shift prices in response to emissions".

The necessary policies to reduce our carbon footprint and halt the progress of climate change are out there and full of potential. We just need to put them into place.

I am a student at McGill University who is both passionate about sustainability and about spreading knowledge of new green products and services.