It is known that healthy soil can create productive farmlands; however, Kate Scow believes soil can also be used to store carbon. When you think of a defense against climate change, soil is not the first thing to come to mind, however, soil’s ability to sequester carbon should be made more aware because it can help reduce the amount of carbon dioxide that corrupts our atmosphere. Scow, a microbial ecologist and director of an experimental farm at the University of California, Davis, says soil is like humans; it needs good food, water, and care to live to its full potential. In soil, there is a whole ecosystem of bugs or microorganisms. There are actually more microbes in one teaspoon of soil than there are humans on Earth, most of which are dormant waiting to be fed and watered. Farmers can use cover crops, apply compost yard waste and other organic matter to feed the microbes, use reduced tillage and efficient irrigation, in order to help to strengthen the soil’s ability to store carbon. If these microbes are well fed, they can work on strengthening the soil so it can grow more food, hold more water, break down pollutants, prevent erosion, and sequester carbon. 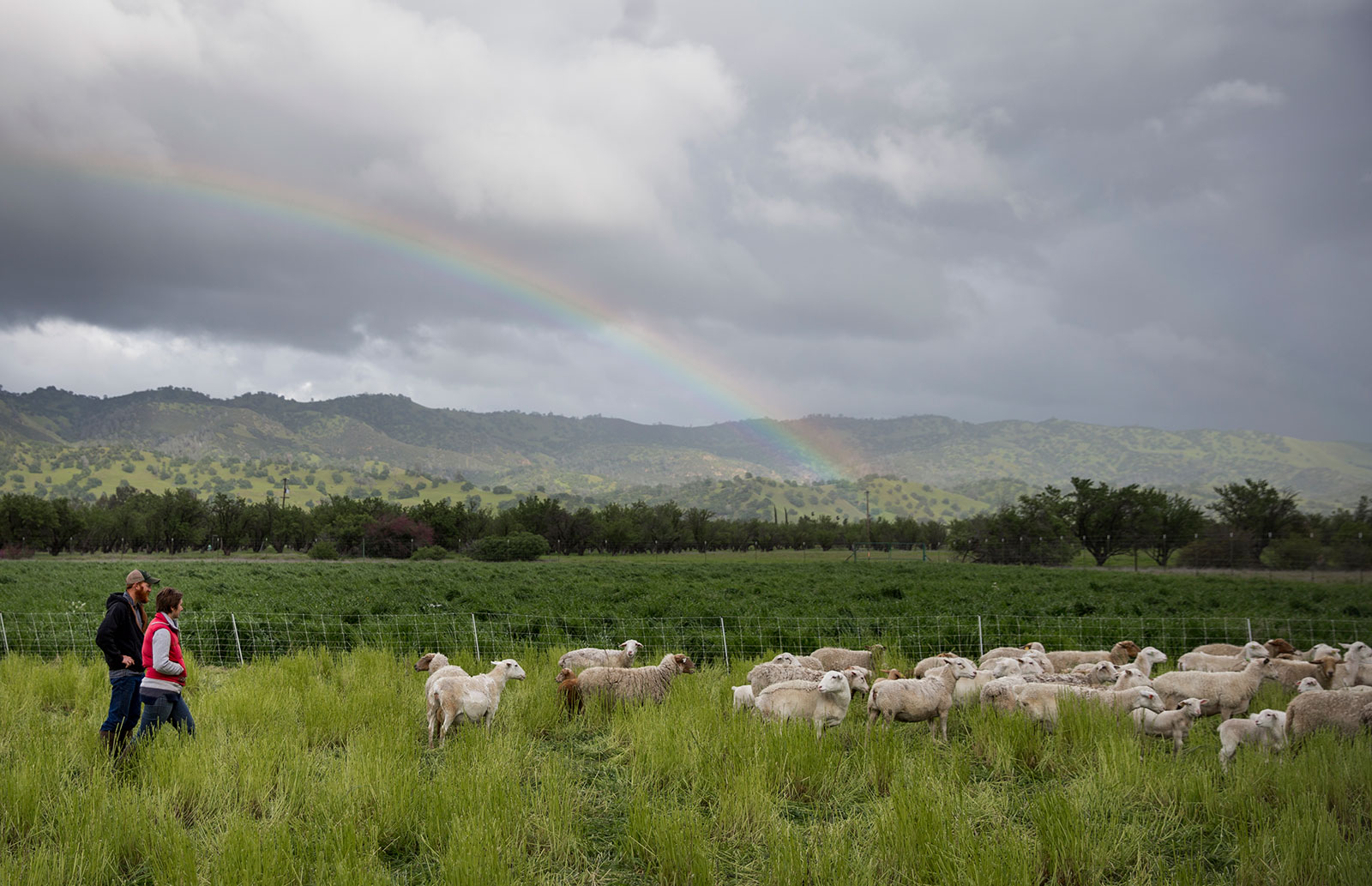 The way soil sequesters carbon starts with photosynthesis. A plant collects carbon out of the atmosphere and returns to the soil what is not harvested in the form of residue and root secretions, which feeds the microbes in the soil. Then these microbes transform the carbon into the building blocks of soil organic matter and help stabilize it, and therefore sequestering the carbon. “Scientists estimate that U.S. rangelands could potentially sequester up to 330 million metric tons of carbon dioxide in their soils, and croplands are estimated to lock up more than twice that amount—up to 770 million metric tons. That much Carbon dioxide is equal to powering 114 million homes with electricity a year.” However, Scow says, “The nice thing about healthy soils is that creating them not only helps fight climate change- it also brings multiple benefits for agricultural, human, and environmental health.” Pelavo Alvarez, outreach director for the Petaluma-based Carbon Cycle Institute says, “When you increase soil organic matter in the soil, good things happen. But climate change is bringing new attention to it. And regardless of climate change, we should be doing this for many reasons- for productivity, erosion control, drought tolerance. It’s going back to our roots, no pun intended.” If we can give soil the care it needs, the results will be significantly beneficial to our environment.

To learn more about Climate Science at the University of California, Davis: http://climatechange.ucdavis.edu/news/climate-change-solution-beneath-feet/

"Declining soil health...may be a little less immediately dramatic, but they can be equally impactful and even more far-reaching. It’s not the sort of thing that inspires a telethon, but over time the toll of erosion, pollution, losses in organic matter, and other soil impacts of the climate crisis imperil a very basic
human need – to eat.

The health and vitality of soil everywhere, from the smallest backyard garden to the largest Midwestern farm, plays an integral role in food production – and it’s threatened by climate change."

Check out the PDF to read more!